Solidarity: Are you willing to fight for a sustainable future? 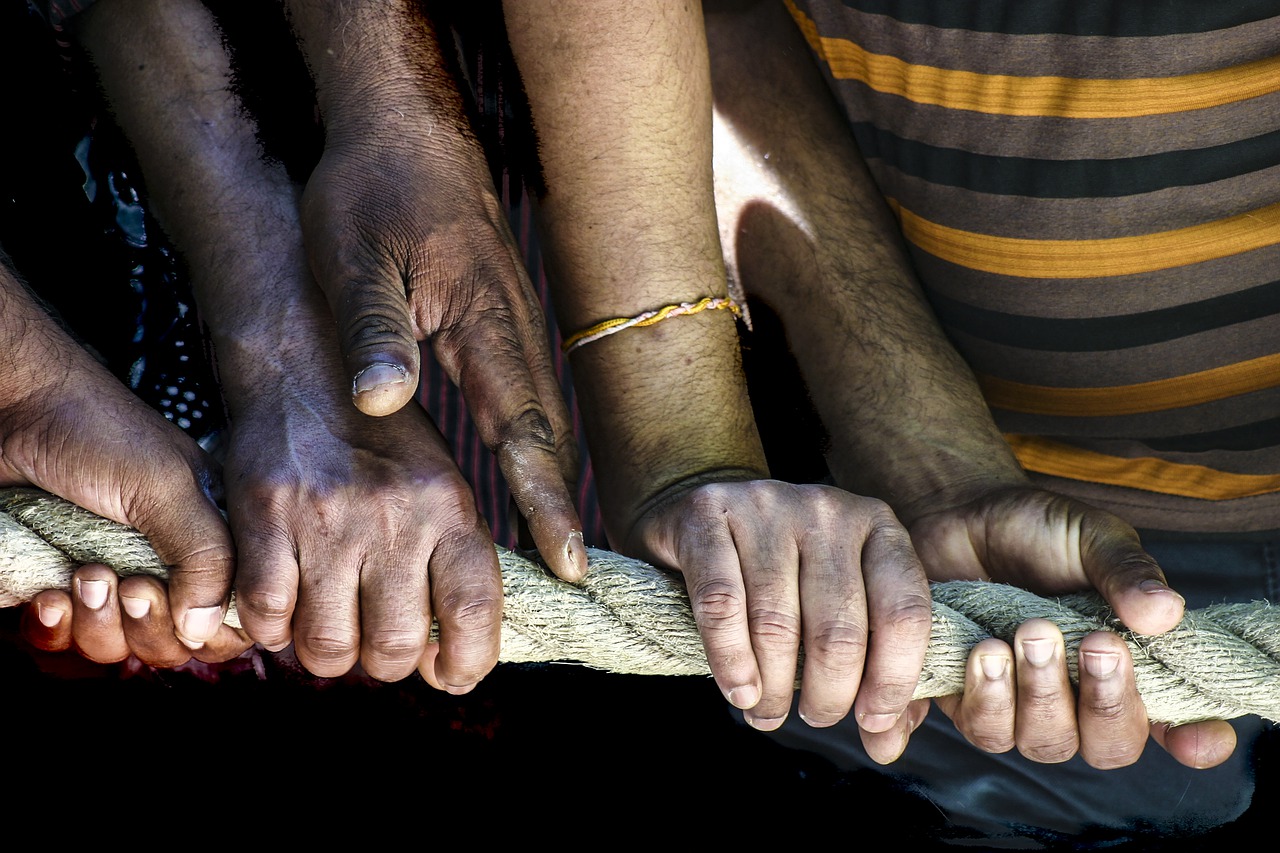 I am in my mid-30’s and belong to a generation which is faced with multiple crises: economic, political, environmental. It is my generation who is inheriting these challenges and must find solutions that actually work.

My journey thinking about solidarity started in grad school when I was mentioning my dissertation idea to a fellow grad student. I said I wanted to study those who grow food for their own consumption, and mentioned I’d set up shop in the city of Chicago and try to find community gardeners, urban activists, etc.

“You’re not talking to rural people?”

“When it comes to growing food, I can’t imagine the theoretical justification you could make for leaving them out.”

His point made nothing but sense, so my dissertation included urban, rural and suburban subsistence food producers in and around Chicago. When I walked into my first interview in rural Illinois, I felt out of my element. I grew up in a working class family on Chicago’s South Side, which is a former industrial rust belt powerhouse turned blighted city landscape. It seemed that I and this commercial flower farmer had nothing in common.

But when we got into talking, Marty expressed his concerns about pollution, soil erosion, and overfishing. He talked about how he manages the land and the challenges he faces to make a living in the commercial flower marketplace while being concerned about the environmental impact he makes. He also told me that he believes climate change is a hoax. But, somehow, that last part didn’t really matter. I could see he cared about the environment, his land, being a good steward. I left his house with empathy and a new sense that Marty and I are bound together. We are in the same fight. How can we team up? How can we realize our shared goals together?

Solidarity is about a shared sense of unity, the understanding that we are inextricably linked. We are all in this together.

There are a lot of initiatives out in the world that masquerade as solidarity, and the current presidential campaign within the U.S. Democratic Party offers useful examples. Chief among them is charity. Think of Michael Bloomberg’s philanthropy. His giving seems very generous but in reality it distributes less than the interest he earns on his money. He gets to keep his billions and, more importantly, the system that helped him amass this fantastic wealth stays fundamentally intact. Bloomberg charities host an annual “Mayors challenge” wherein 9 cities win $1 million each toward projects in their cities. Not surprisingly, a cadre of mayors across the country have been endorsing him in his recent presidential bid. No doubt this philanthropic giving advances Bloomberg’s own political fortunes and self-interest. Charity is the bourgeois form of justice. It makes us feel like something good is being done, while the system that leads to injustice and inequality in the first place gets strengthened. Furthermore, the relationship between the giver and receiver, and their respective powers, remain unequal.

And then there is tokenism. This is where we provide lip-service that we are standing with underprivileged communities, while ignoring them or not really representing their interests. There was a recent example of this on Elizabeth Warren’s campaign. She is a candidate who signals that she stands in solidarity with minority communities through using terminology like ‘latinx’ or highlighting her gender pronouns (she/her) in her Twitter bio. Latinx is a gender inclusive word for the latino community, and reporting gender pronouns helps to be inclusive to individuals whose gender pronouns might not be clear. Using this kind of language is all the rage among the progressive, highly-educated left. But these words mean little if you don’t listen to and work together with women and people of color when they ask to be heard. One staffer, a woman of color, complained, “We all were routinely silenced and not given a meaningful chance on the campaign. Complaints, comments, advice, and grievances were met with an earnest shake of the head and progressive buzzwords but not much else.”

Bernie Sanders’ campaign seems to represent a different ethos. As Naomi Klein wrote, while following Bernie on the trail, “the force that is bridging what at first seem like huge divides — between multiracial urbanite Gen Z-ers and aging white farmers, between lifetime industrial trade unionists and hardcore climate organizers, between a Jewish candidate and a huge Muslim base — is a culture of quiet listening.” Writing about Bernie’s campaign slogan (Not me. Us.), Klein talks about how the process of listening and sharing stories among voters and volunteers and staffers results in a culture where people start to realize they are not alone in their struggles. It’s not about Bernie as some messianic leader, it is about all of us: we are not alone in our struggle.

However, there is another, deeper, meaning that helps us to further develop that feeling into practical results. As Bernie tweeted:

And as Alexandria Ocasio-Cortez asked 25,000 people at a rally in Queens to look around the crowd to:

This is another layer of the slogan Not me. Us.:

What does this mean, in practice? And for sustainability? For SCORAIers, it means moving beyond our circles of liberal elites and into communities where we feel uncomfortable and out of our element, and listening. Whether you know it or not, you are the elite. You are the powerful. And lending your voice, resources and clout to underrepresented initiatives could be the difference between their success and failure.

Solidarity means listening to indigenous people on conservation, agroecological farming, and how to build cities. It means paying attention to and standing in solidarity with underprivileged people within the United States, like these people in Detroit who are developing an entirely new paradigm in their agricultural neighborhoods. Or including rural, white, conservative farmers like Marty, who are farming to solve climate change, promote biodiversity, restore soil health and build water tables. It means talking to, and listening to, and fighting for people who are different than you.

But beware. “Political and economic elites fear nothing more than the plebs of the world uniting to challenge their rule, which is what sublime solidarity aims to do,” as was recently written in The New Republic. In other words, if you do decide to take up the call for solidarity and get involved in initiatives created by people different than you, don’t expect your fellow elites to allow you to do so without a fight.

If we want to enact political change like the Green New Deal, it won’t happen through simply hoping our rulers will make the right choices. It will only come about after years of developing a “determined campaign of collective self-liberation…Either solidarity forever, or our time is up.” Let’s get to work.

While you’re here, I would be remiss if I didn’t mention the Fund for Broadening Participation at the upcoming SCORAI conference in Boston this summer. I created this fund out of a sense of solidarity, that we must begin finding ways to listen to activists at these conferences where we are concerned with solving sustainability.

If you would like to participate in building the infrastructure in our network for such opportunities, please donate here: