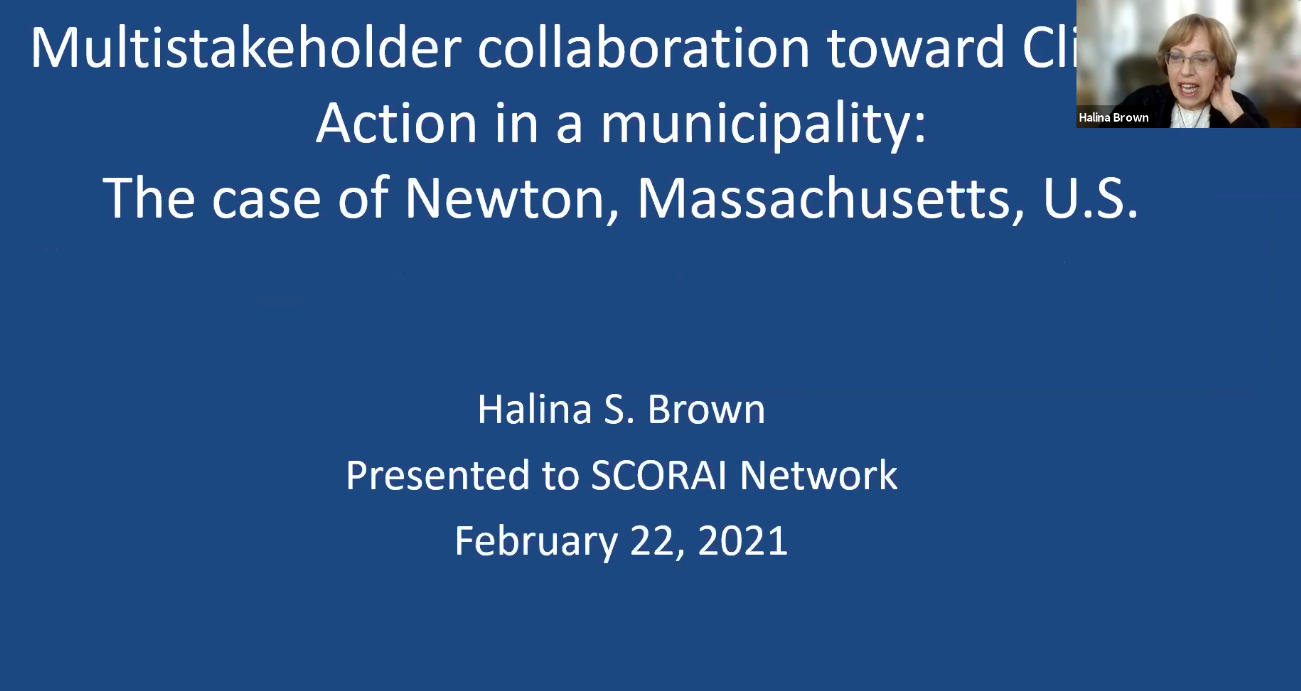 There is a wide agreement, and even exhortations, that civil society and municipal government need to collaborate in planning for climate action and for implementing it. In this webinar I will talk about such a collaboration, and what it takes to make it work. My story derives from my own work in Newton, Massachusetts, a well-to-do suburban city of 90,000 outside Boston.

I am a Chairperson of Newton Citizens Commission on Energy, a quasi-independent nine-member advisory group to the Mayor and the City Council, the members of which are appointed by the City Council. Many of our members (including myself) are also climate activists, deeply engaged with civil society organizations in our city. In 2019 we developed a climate action plan for Newton and since then have been working with the municipality and grassroots organizations on its implementation. This work includes technical analysis, research, planning, testifying, strategizing, politicking, diplomacy, and often a struggle in addressing conflicts and competing objectives. This webinar will describe the Newton experience and critically evaluate the idea of collaborative climate action.

Halina S. Brown is a Professor Emerita Clark University and serves Chairperson of Newton Citizens Commission on Energy. She is a co-founder and Executive Board Member of SCORAI.