Lessons from the ground: Where activism, technical analysis, and city action intersect

This blog is a part of the Frontier Series, a collaboration between SCORAI and the Hot or Cool Institute that brings you lessons learned, personal experiences and insights from the cutting edge of climate and sustainability research and practice.

I live in Newton, Massachusetts. With a population of 90,000, the city is located on the northeast coast of the U.S., a few miles west of Boston. Over the past three years I have been deeply immersed in pushing the city toward reducing its greenhouse gas emissions. Newton’s carbon footprint is high, proportional to our average income, and the building stock is the primary source of emissions. While politically liberal and progressive, our city had taken few steps to reduce its carbon footprint until three years ago.

Approximately a third of the U.S. population lives in midsize cities and towns like Newton, with populations ranging between 25,000 and 250,000, and there are many lessons to be learned from the challenges and successes we have had.

So far, we have achieved several key successes in Newton: In 2019, the City approved the Newton Climate Action Plan which includes an ambitious policy agenda, measurable goals such as the commitment to reach carbon neutrality by 2050, and specific metrics for tracking progress.  The City has also adopted an electricity aggregation contract with 80% renewable electricity. We have also worked with the business community to help them realize that change is under way and are setting key implementation projects and policy processes in motion.

To explain our progress, I first introduce the principal actors in this drama: the Energy Commission, which I chair; the local environmental grassroots organizations (Green Newton, Mothers Out Front, and 350Mass.org); the City Council and the Sustainability Team in City Hall. The Energy Commission, established in 1979, is an independent body of nine highly achieving professionals appointed for renewable three-year terms, with no compensation and minimal administrative support. We function as a team of colleagues, set our own agenda, come up with policy proposals for the City, perform technical analysis, implement specific projects, and advocate; all as volunteers.

The City Council and the Sustainability Team are actors two and three. These are political bodies with ears to the ground, generally risk averse, and have a strong preference for actions that have already been tested elsewhere. The environmental organizations are the fourth actor. In principle, they are natural allies of the Energy Commission, but our respective agendas, priorities and modus operandi often diverge. Members of the Energy Commission are policy wonks who follow the data and analysis, wherever these may lead it, including generally unpopular regulations and financial incentives; the grassroots community gravitates toward campaigns, protests, and voluntary actions by citizens.

Through trial and error, we have collectively learned some important lessons for getting things done. First, political goals can be successfully pursued by playing the legislative and executive branches off one another. For example the Energy Commission forced the City’s hand to develop a strong and specific Climate Action Plan by producing its own plan and garnering support from the City Council. Another lesson is that an independent and seemingly powerless body such as Energy Commission can instigate action by producing a technically defensible stance that cannot be ignored. This was the tactic with the climate plan. More recently, we developed a website and a service system called Energy Coach, which connects homeowners with volunteer experts who can answer a wide range of questions related to home retrofits, solar installations, and electrification of heating. The city liked it so much that they took over the maintenance of the service and appointed a person as Energy Coach.

We also proposed major new legislation, modeled on one just adopted by Boston, to require all large commercial buildings to report their energy intensity ratings and to meet specified GHG emission standards. It is a radical step toward reducing emissions from commercial buildings, unloved by buildings owners, and requiring significant government resources to implement. This time, we started with the Mayor as the more likely agent to be persuaded and to persuade the City Council. The Mayor is proceeding with it.

We have also learned that citizen pressure can produce results. The municipality treats the grassroots community and Energy Commission as outsiders while we would prefer to work collaboratively with the city. It is a perennial, unresolvable tension, but it can be attenuated. Under pressure from the grassroots community and the Energy Commission, the city formed an Implementation Working Group that includes city representatives alongside engaged activists and citizens. The Working Group meets regularly to discuss the details of various implementation projects.

We also learned about the power of local coalitions. It was due to pressure from the coalition of Energy Commission and grassroots organizations both environmental and social, that the Mayor adopted the electricity aggregation program with 80% renewables; and that the City council approved a large buildings project, deeply resented by many conservative groups, that will become a truly sustainable village in Newton: high density, walkable, with Passive House building construction.

We also discovered that there is a strong multiplier effect for actions taken by municipalities because they keenly observe and learn from each other. This presents a great potential for large-scale change: not only do municipalities model their actions on each other, but also through a positive feedback loop, the originator of so-diffused innovation is emboldened to take the next and more radical step. In 2019, Newton adopted 64% renewable electricity in the aggregation contract after its neighbor and rival went for about 40%, the highest in the state at the time. The figure below shows that subsequently several municipalities adopted increasingly higher renewable contracts, and in 2021 Newton, by now hailed as a leader, went up to 80%.

And what of sustainable lifestyles? Newton is simply not ready for a consumption-based inventory, much less an explicit action agenda. My public presentations on the need to reduce house sizes (the average newly built house in the well-to-do and politically liberal Newton is close to 5000 square feet, or 480 square meters) have been met with reproaches about individual freedoms, government overreach, or even accusations of socialist ideology. At this stage, we are trying to make homeowners aware, in a personal way, of the connection between their daily lives and GHG emissions. To that end, the Energy Commission is developing a legislative proposal to require all homeowners to obtain an energy intensity score for their homes, which will be publicly posted. The Commission has developed an easy-to-use computer application that will calculate the score from certain simple data inputs.

This legislative proposal will be very hard to push through. Even the environmentalists in Newton balk at the idea of a mandate and public disclosure of information they consider to be private. It will be an uphill battle – but push we must. 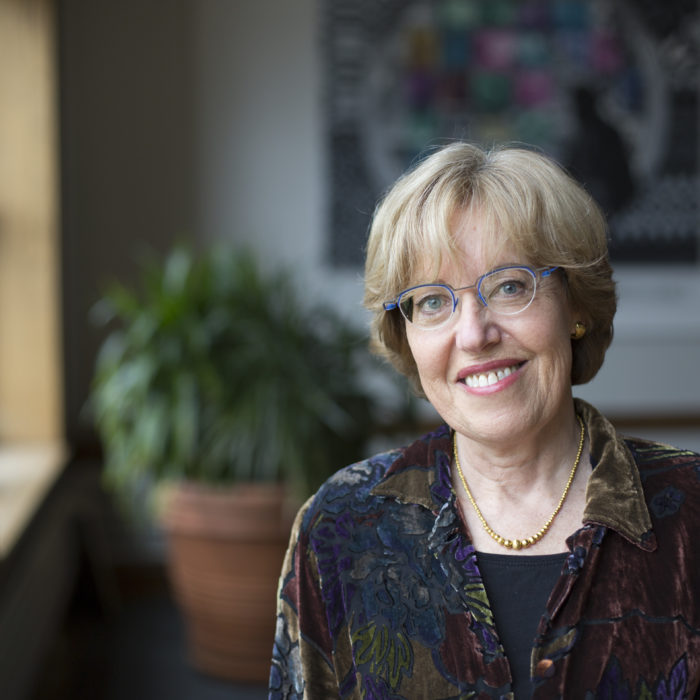 Halina Brown is Professor Emerita of Environmental Science and Policy at Clark University, a co-founder and Board member of Sustainable Consumption Research and Action Initiatives, SCORAI; a chairperson of Newton Citizens Commission on Energy; and a fellow at Tellus Institute. She holds a doctorate in chemistry from New York University. She can be found at www.halinasbrown.com

This site uses Akismet to reduce spam. Learn how your comment data is processed.